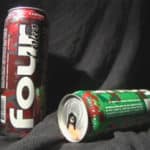 On Monday night I received an email from one of our readers calling himself XL Middleton. The email said he found the site by Googling Four Loko, and he and his friend had written and recorded a song and music video called “The Four Loko Theme,” as a tribute to Four Loko. A Four Loko farewell, if you will. I originally read this email on my iPhone and decided to wait to … END_OF_DOCUMENT_TOKEN_TO_BE_REPLACED 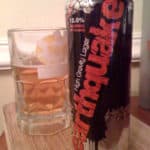 Steel Reserve - 67 percent of the time, it works every time. However, at 12% ABV, Earthquake High Gravity Lager will get you "tore out the frame" 100 percent of the time. Earlier tonight I made my way to the BP station - not to buy gas mind you (Fuck BP) -  to buy my go-to 4 pack of Steel Reserve tall boys when I made a startling discovery. On the shelf below all the … END_OF_DOCUMENT_TOKEN_TO_BE_REPLACED 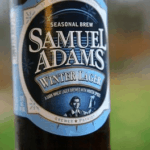 I've never felt strongly either way about Sam Adams beer. I've always viewed their normal fare as so so and not worth the $7.89 price it commands for a sixer. However, I have become a fan of their seasonal beers. Actually I've become a fan of seasonal beers in general, but Sam Adams definitely caught my eye with their Sam Adams Winter Lager.I was headed to my parent's house for … END_OF_DOCUMENT_TOKEN_TO_BE_REPLACED 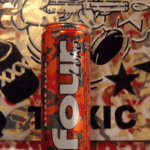 So I did a lot of writing, editing and made several grandiose claims thanks largely in part to Four Loko Orange Blend. If tonight were a Sesame Street episode it would be brought to you by the letter drunk. I've tasted the watermelon-flavored Four Loko and it tasted almost completely, but not entirely unlike pink battery acid. The Four Loko orange blend, however, tastes a … END_OF_DOCUMENT_TOKEN_TO_BE_REPLACED 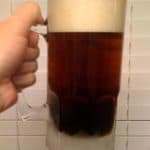 Some of the greatest food and beverage discoveries were born out of either necessity or just good old fashioned curiosity. I mean seriously, who was the first guy to eat an oyster? Was it out of necessity to avoid starvation that he decided to eat the giant snot-like creature he found living in a rock he found growing in the mud of a coastal saltwater marsh, or was it a … END_OF_DOCUMENT_TOKEN_TO_BE_REPLACED

I'm a dad, husband, entrepreneur, homebrewer, and semi-professional drinker who's slowly developing a golfing problem as I get older.

Yo. It's Nate. Entrepreneur, marketer, and quasi-professional drinking commentator. Enjoy the posts or GTFO.